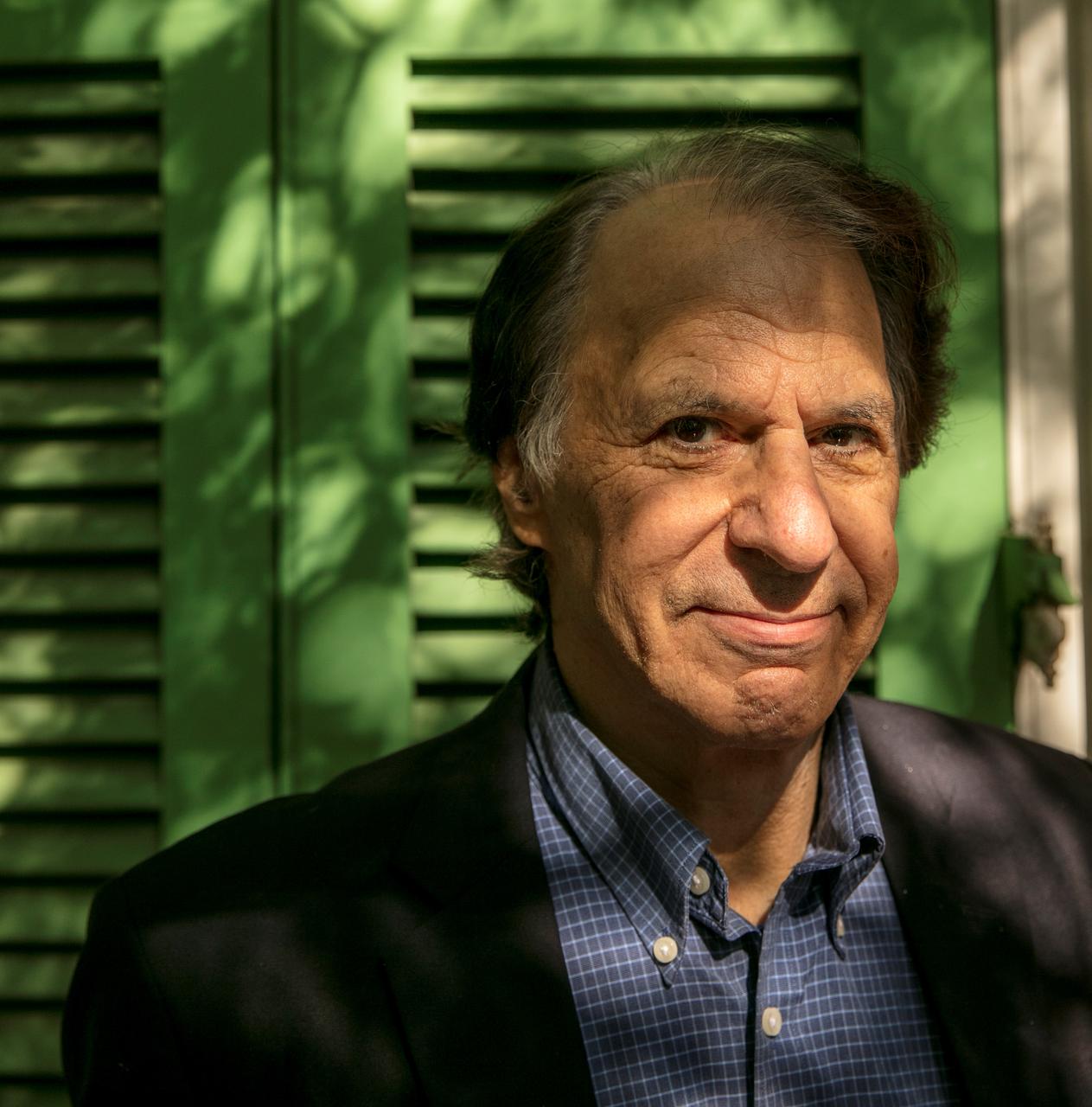 I was born in... Nah, let's not start that far back. Let's just say after dropping out of graduate school in history I became a football coach-- in fact, the first story I ever sold was to a coaching magazine, about a way to change blocking assignments at the line of scrimmage, and I was on the staff of a guy who was named national major college coach of the year. I never intended to make that a career and always-- always-- intended to write, and left coaching to freelance, next became a Washington journalist covering economics and national politics, then finally began doing what I always intended and wanted to do: write books. Two of those books-- The Great Influenza: the story of the Deadliest Pandemic in History and Rising Tide: The Great Mississippi Flood of 1927 and How It Changed America-- have in turn involved me in policy-making re: flood protection, pandemic preparedness, resilience, and risk communication (a phrase I despise and use very reluctantly).

I am revising this on March 20, 2020, for the first time in years, during the coronavirus outbreak, sitting in my home in the French Quarter in New Orleans where the bars are closed (many of them had never before closed, including during Katrina) and the hotels are empty. Earlier someone decided to walk down the street playing bagpipes, which produce perhaps the most haunting sound of any musical instrument.

If you're interested in my views at the moment of our circumstances, here is a March 16 New York Times op ed:  https://www.nytimes.com/2020/03/17/opinion/coronavirus-1918-spanish-flu.html?searchResultPosition=2

If you're interested in coastal Louisiana, my flood protection responsibilities did lead me inevtiably to launch a lawsuit against 97 oil, gas, and pipeline companies for their role in the destruction of 2,000 square miles of Louisiana's coast. To read more about that issue go to the "Suing Exxon" page on this site or click the link to a story about the suit in The New York Times Magazine entitled The Most Ambitious Enviromental Lawsuit Ever http://www.nytimes.com/interactive/2014/10/02/magazine/mag-oil-lawsuit.html?_r=1.

If you're interested in more details, here's the more formal version of my bio:

John M. Barry is a prize-winning and New York Times best-selling author whose books have won multiple awards. The National Academies of Sciences named his 2004 book The Great Influenza: The story of the deadliest pandemic in history, a study of the 1918 pandemic, the year's outstanding book on science or medicine. His earlier book Rising Tide: The Great Mississippi Flood of 1927 and How It Changed America, won the Francis Parkman Prize of the Society of American Historians for the year's best book of American history and in 2005 the New York Public Library named it one of the 50 best books in the preceding 50 years, including fiction, nonfiction, and poetry. His books have also been embraced by experts in applicable fields: in 2006 he became the only non-scientist ever to give the National Academies Abel Wolman Distinguished Lecture, a lecture which honors contributions to water-related science, and he was the only non-scientist on a federal government Infectious Disease Board of Experts. He has served on numerous boards, including ones at M.I.T's Center for Engineering Systems Fundamentals, the Johns Hopkins Bloomberg School of Public Health, and the Society of American Historians. His latest book is Roger Williams and The Creation of the American Soul: Church, State, and the Birth of Liberty, a finalist for the Los Angeles Times Book Prize and winner of the New England Society Book Award.

His books have involved him in two areas of public policy. In 2004, he began working with the National Academies and several federal government entities on influenza preparedness and response, and he was a member of the original team which developed plans for mitigating a pandemic by using "non-pharmaceutical interventions"-- i.e., public health measures to take before a vaccine becomes available. Both the Bush and Obama administrations have sought his advice on influenza preparedness and response, and he continues his activity in this area.

He has been equally active in water issues. After Hurricane Katrina, the Louisiana congressional delegation asked him to chair a bipartisan working group on flood protection, and he served on the Southeast Louisiana Flood Protection Authority East, overseeing levee districts in metropolitan New Orleans, from its founding in 2007 until October 2013, as well as on the Louisiana Coastal Protection and Restoration Authority, which is responsible for the statewide hurricane protection. Barry has worked with state, federal, United Nations, and World Health Organization officials on influenza, water-related disasters, and risk communication.

His writing has received not only formal awards but less formal recognition as well. In 2004 GQ named Rising Tide one of nine pieces of writing essential to understanding America; that list also included Abraham Lincoln's Second Inaugural Address and Martin Luther King's "Letter from Birmingham Jail." His first book, The Ambition and the Power: A true story of Washington, was cited by The New York Times as one of the eleven best books ever written about Washington and the Congress. His second book The Transformed Cell: Unlocking the Mysteries of Cancer, coauthored with Dr. Steven Rosenberg, was published in twelve languages. And a story about football he wrote was selected for inclusion in an anthology of the best football writing of all time published in 2006 by Sports Illustrated.

A keynote speaker at such varied events as a White House Conference on the Mississippi Delta and an International Congress on Respiratory Viruses, he has also given talks in such venues as the National War College, the Council on Foreign Relations, and Harvard Business School. He is co-originator of what is now called the Bywater Institute, a Tulane University center dedicated to comprehensive river research.

His articles have appeared in such scientific journals as Nature and Journal of Infectious Disease as well as in lay publications ranging from Sports Illustrated to Politico, The New York Times, The Washington Post, Fortune, Time, Newsweek, and Esquire. A frequent guest on every broadcast network in the US, he has appeared on such shows as NBC's Meet the Press, ABC's World News, NPR's All Things Considered, and the BBC, as well as on foreign media in Australia, China, France, Germany, Singapore, the United Kingdom, and at least a dozen other countries. He has also served as a consultant for Sony Pictures and contributed to award-winning television documentaries.

Before becoming a writer, Barry coached football at the high school, small college, and major college levels, and in 2022 was inducted into the Tulane University Athletic Hall of Fame. Currently Distinguished Scholar at the Tulane University School of Public Health and Tropical Medicine, he lives in New Orleans.